The Invention of Hugo Cabret

If you like event-filled books with lots of twists, this book is for YOU! This book is full of magnificent, outstanding pictures. The pictures along with the words must be read in order to understand the whole story. Hugo is a young boy who lived with his father, a clock-maker, who worked in a museum.  Hugo is fascinated by this. One day, Hugo’s father finds an object in the attic that will change both of their lives. After Hugo’s father tragically dies, Hugo goes to live with his uncle in the train station, taking the object with him. He goes on a quest to try and fix it.

Can he do it? What will happen? You will have to read the book to find out!

I highly recommend this book. 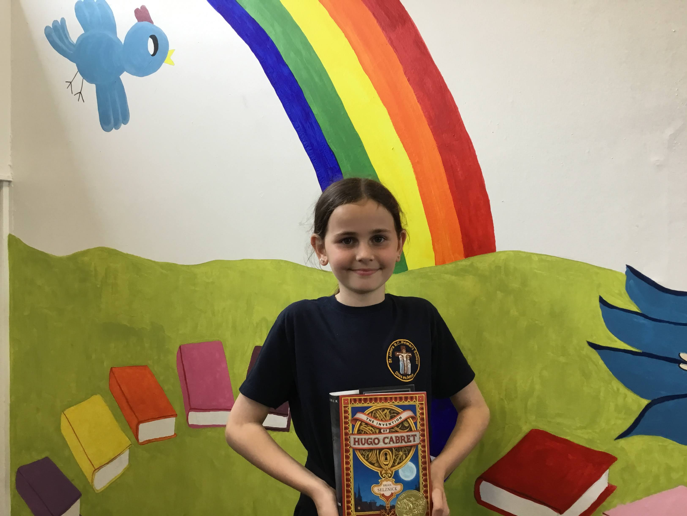 Journey to the River Sea

This book is for people who love adventures and are prepared to go on a terrific journey with wacky and adventurous characters, such as Clovis (who is a rich actor), the Amazon tribes, and Maia’s spiteful family. Journey to the River Sea will change your life forever…

I would highly recommend this book as it lets your imagination run wild.

This book has a world of its own and in my opinion, it really catches the reader’s attention. I hope that this book attracts you as much as it fascinated me.

If you like heart-warming stories with fast paced, heart-in-your-mouth moments, you may like Sky Song, by Abi Elphinstone. This book has a fascinating backstory and interesting characters.

It is set in the magical kingdom of Erkenwald where the terrifying Ice Queen has taken over. She has kidnapped a young and curious girl marked by the gods called Eska. As the Ice Queen takes over, Erkenwald has shrunk to whispers and trust in its magic has died. But Flint, a caring and courageous boy, still believes, and at the start of the book goes on a mission to rescue his mother. Instead he rescues Eska. Eska, Flint and Flint’s little sister, rise up against the Ice Queen on a fast paced adventure.

Can they work together to defeat the common enemy? Will they succeed?

AND WHAT WILL HAPPEN IF THEY DON’T… 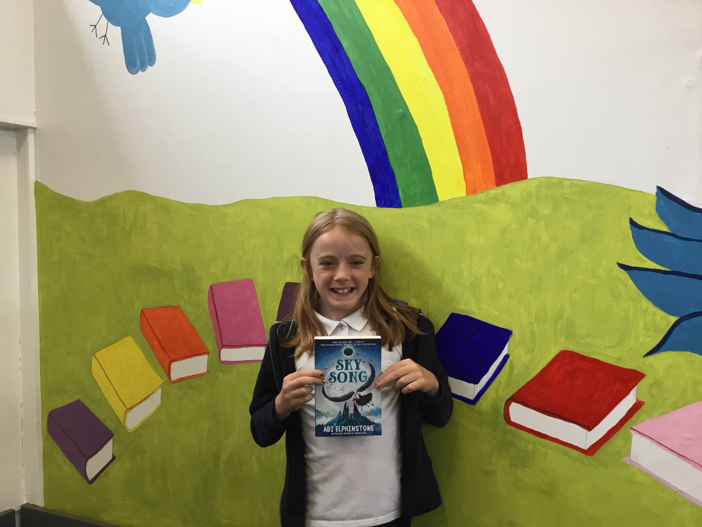 If you like a mind-opening book, you will love this! Milo is never, ever content with where he is in life. When Milo is at school, he wishes to be home. When he is at home, he wishes to be at school. But when he finds a mysterious package in his room, Milo enters an upside-down world thorough an even stranger tollbooth. Full of quirky and well-loved characters, such as King Digetopolis and Tock a misnamed friend, in the end they will teach Milo an important lesson- there is no time like the present. This is a heart-warming story and a must read for all. That is why I would rate this book five out of five!!!! 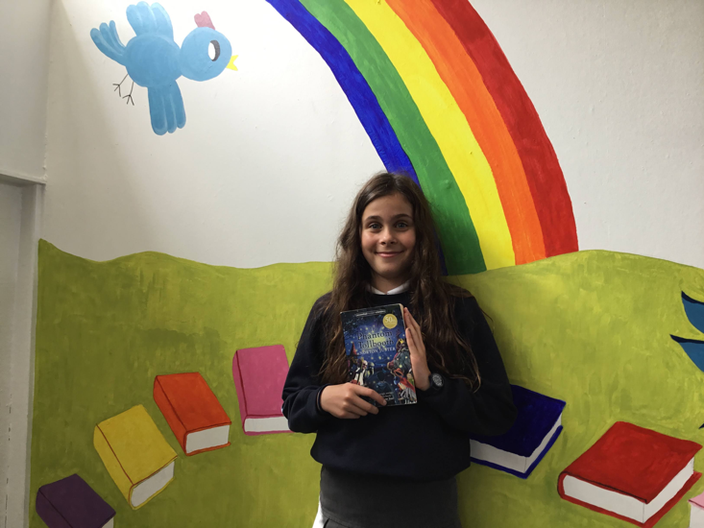 Based on a true story of an ordinary family pushed into extraordinary situations. A 12-year-old boy called Omar has to fight through a tough and miserable war in Bosra, Syria.  Sadly, has to flee his home. This the story of how the family lives up to the challenge.

This book is for someone who loves to read an inspiring story and learn a bit of history along the way. As you read the book, you feel more connected and understand what people in this part of the world have been through. Although at times the story is tragic, it’s worth reading the book. 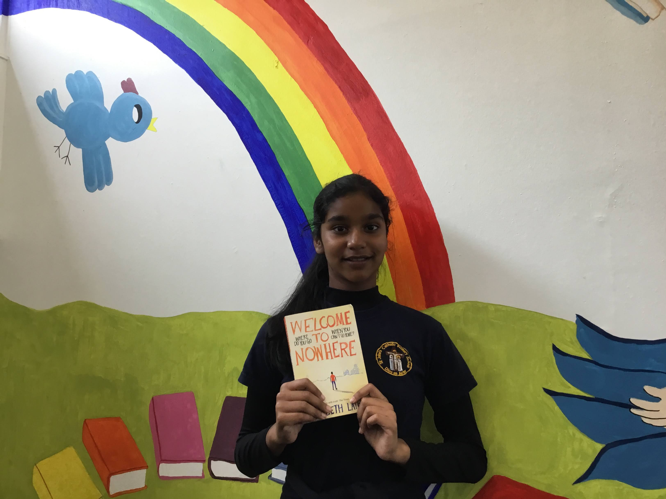 Nevermoor: The Trials of Morrigan Crow

Written by Jessica Townsend, Nethermoor is a fun packed book full of adventure and magic. It follows a young girl called Morrigan Crow and her cursed life before and after she enters the wonderful land of Nethermoor. Morrigan grows up in a town full of people who don’t care for her and blame her for all sorts of things. Everyone thinks she is cursed and doomed to die on Eventide. Little does Morrigan know that an enchanted surprise is on its way…

When you read Nethermoor you can say goodbye to all of your worries as your imagination runs wild.  I absolutely recommend this book. 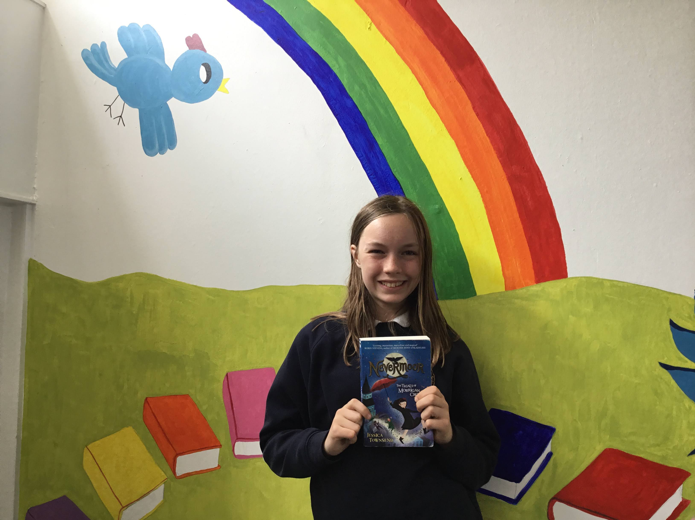 Beast Quest, The Amulet of Avantia

The book has an amazing world of its own, with characters big and small. A young warrior called Tom and his best friend Elenna are on a quest which will not be over until they have all six pieces of an amulet. Even with strange and strong beasts in their way, will they make it home again? In my opinion, this story has the power to make you believe you are a hero. It’s really creative and the way it takes you to an unknown world with every paragraph is outstanding!

I would recommend this book to someone who wants to be a hero and someone who enjoys reading about adventures but also battles. This book tells us to have the courage to fight for what we believe in. 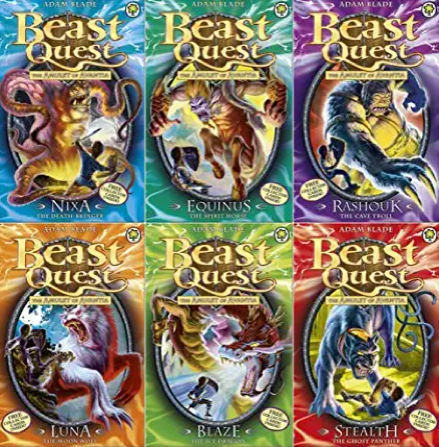 What a page-turner! I absolutely loved this whimsical story. Sophie is a courageous girl who is determined to find her mother. In England, Sophie grows up being cared for by an eccentric scholar who teaches young Sophie to love music and read Shakespeare but very little about how to be ladylike. Together they brave a journey to Paris meeting wonderful friends along the way, determined to ‘never ignore a possible’. I highly recommend this heart-warming story about the power of hope. 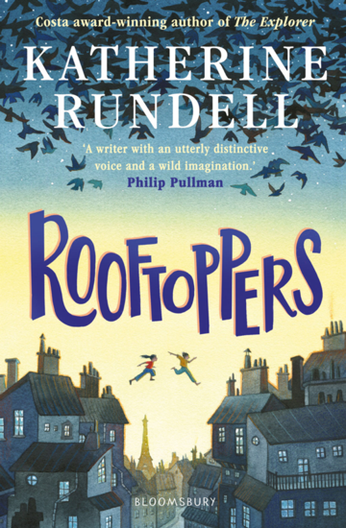 The Twits is a super funny read as the characters are really wacky. Mr and Mrs Twit are obsessed with playing pranks on one another, such as Mrs Twit serving Mr Twit spaghetti full of worms. They are cruel people and like to eat the birds that land on their tree outside in a ‘Bird Pie’. The creatures decide to get revenge… Will their plan be successful or will they end up in a ‘Bird Pie’? The book is suitable for all ages, but I do suggest for adults or older children to read this book with under 6s, as some words are a little complicated, but overall it

is an amazing book! I rate the Twits five stars. 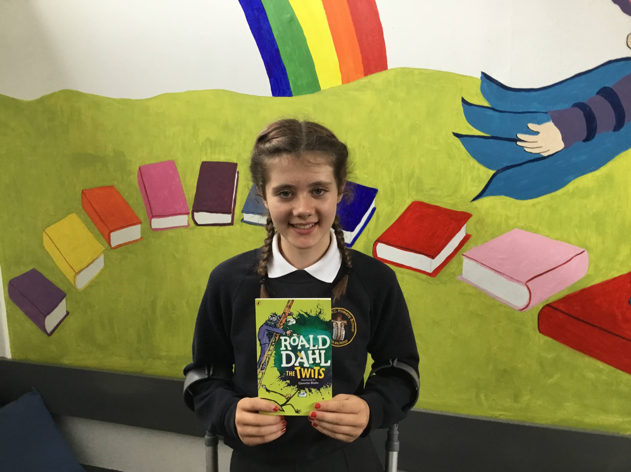 Unlock hilarious mode with this book, set in an English high school, where twins Fred and Ellie, battle twins Isla and Morris. Fred and Ellie find a gaming control which can change their lives dramatically from what it used to be. Funny, and a story with an odd plot, the core moral is of self-belief and not relying on other things, such as the person controller, but taking risks for yourself. For those who love football and/or video games, you will greatly enjoy this. 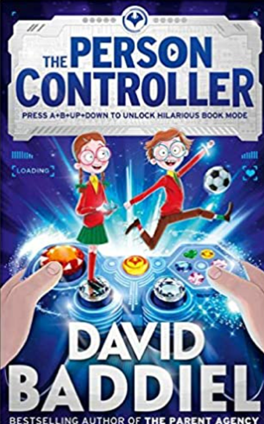 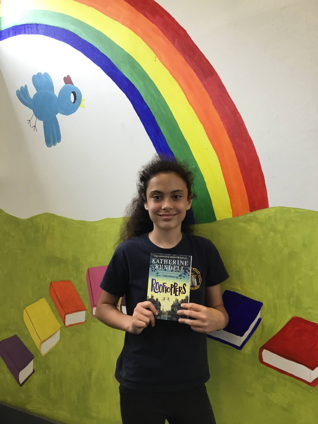 Liam gives this book 4 out of 5 stars! This hilarious science fiction adventure from an award-winning author is a great read for over the summer J. 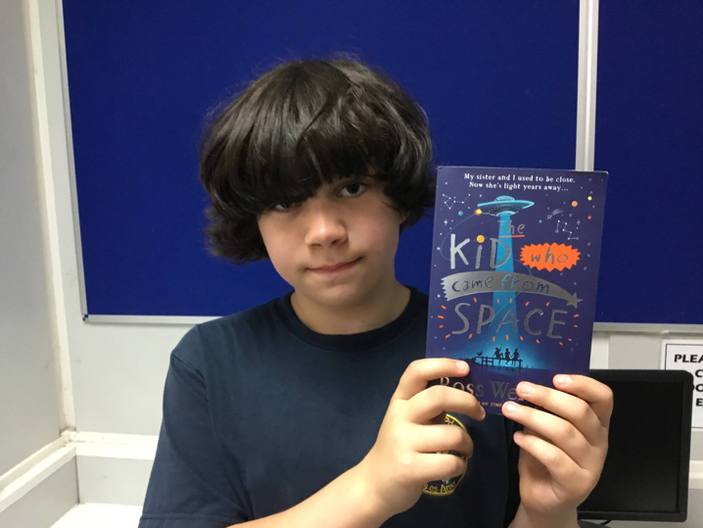