St John the Apostle and Evangelist 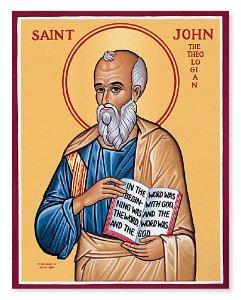 St. John was called to be an Apostle by our Lord in the first year of His public ministry. He became the "beloved disciple". St.John was especially loyal to Jesus and the only one of disciples who did not forsake Him in the hour of His Passion. Our school badge depicts St. John faithfully standing at the cross when Christ made him the guardian of His Mother.

Accomplishments of the Apostle John

His later life was passed chiefly in Jerusalem and at Ephesus. He founded many churches in Asia Minor and was an elder in the early church. He helped spread the gospel message, writing many important works, including the fourth Gospel, three Epistles, and the Book of Revelation is also attributed to him.

As Christ loves us, we are to love others. God is love, and we, as Christians, are to be channels of God's love to our neighbours.

At St John's we live out his message of love for one another.

Love is at the centre of eveything we do and forms one of our 6 core values; Love, Joy, Respect, Resilience, Kindness and Gratitude. 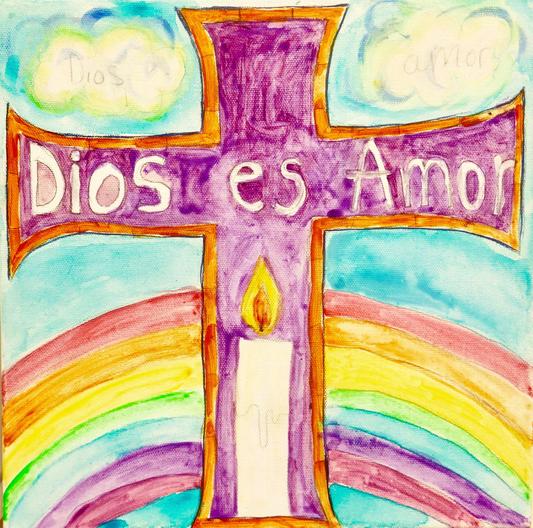 Love is the most important value we try to instill in all our children. The words 'God is love' have been translated into Spanish and are embellished on our school badge, 'Dios es Amor'. Thus recognising our strong Spanish links with our neighbours with whom we have been running a Spanish cultural exchange programme for over 10 years.

St. John is called the Apostle of Charity, a virtue he had learned from Jesus, and which he constantly lived by word and example.  Our school community endeavours to replicate this charitable work and kindness towards others.