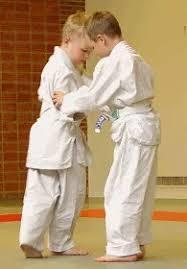 At St Johns we are very lucky to provide Judo lessons for children in Years 1-6, the lessons are provided by Martin McSorley, Martin fought the World Junior Championships final in 1983. He won the British title U78kg in 1983, 1984, 1985, 1987 and 1992. Also multiple Scottish champion.

Judo is a martial art that emphasizes the use of quick movement and leverage to throw an opponent. Its techniques are generally intended to turn an opponent's force to one's own advantage rather than to oppose it directly. ... It became an Olympic sport for men in 1964; women's judo was added in 1992.